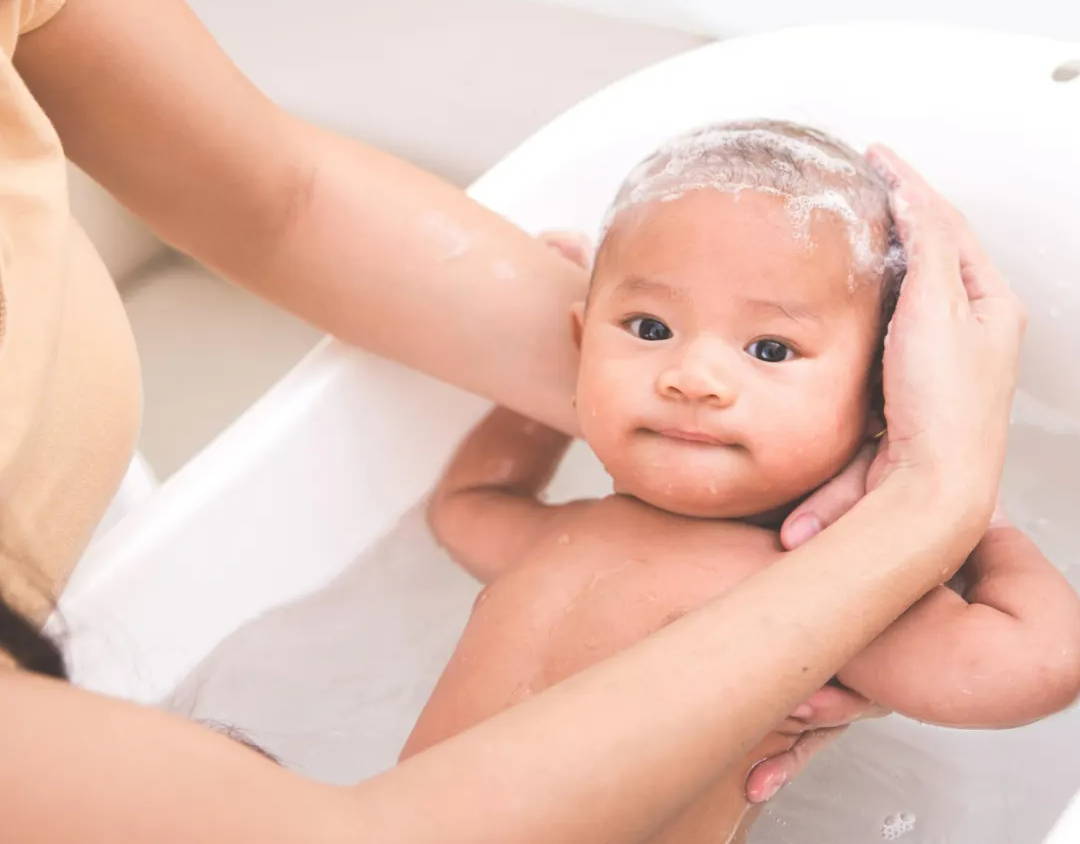 Many baby shampoos, lotions and other infant care products can contain chemicals linked to cancer, birth defects, hormone disruption, learning disabilities and reproductive harm. And, some of these harmful chemicals don't even appear on product labels. This is not necessarily due to deliberate omission, but because the chemicals are formed as a byproduct during the manufacturing process rather than added as an ingredient.

Health advocates argue that federal regulators have not considered the cumulative effect of chemicals in personal care products. "The levels we've found are relatively low, and the industry often says there's just a little bit of carcinogen in my product," says Stacy Malkan, co-founder of the Campaign for Safe Cosmetics. "The problem is, we're finding a little bit of carcinogen in many products. Many of these products are used every day, so we've got repeated and frequent exposure to these low levels of chemicals. They're not the safest and purest products, and parents ought to know that." In addition, government studies have not examined the effect of chemical exposure on the particular vulnerabilities of infants and children, whose bodies are still developing, advocates say.

It is important to note that companies that manufacture and sell baby care products are largely in compliance with government standards. Until legislation passes to require stronger regulation of the cosmetics industry, the best thing we can do as parents is to reduce our use of manufactured body care products on our children, or find products with fewer ingredients. Even labels that say ‘gentle’ or 'natural' or ‘pure’ or even 'organic' may not be as safe as they should be.

Safer options are becoming more available to families, and changes in manufacturing processes are helping to bring down the levels of some of these troublesome contaminants. However, these actions are slow, and stronger policies are needed to protect our children and ensure all accessible products are safe. In the meantime, here are some tips for reducing exposure to potentially harmful ingredients in baby care and personal care products, and the chemicals to keep on your radar: 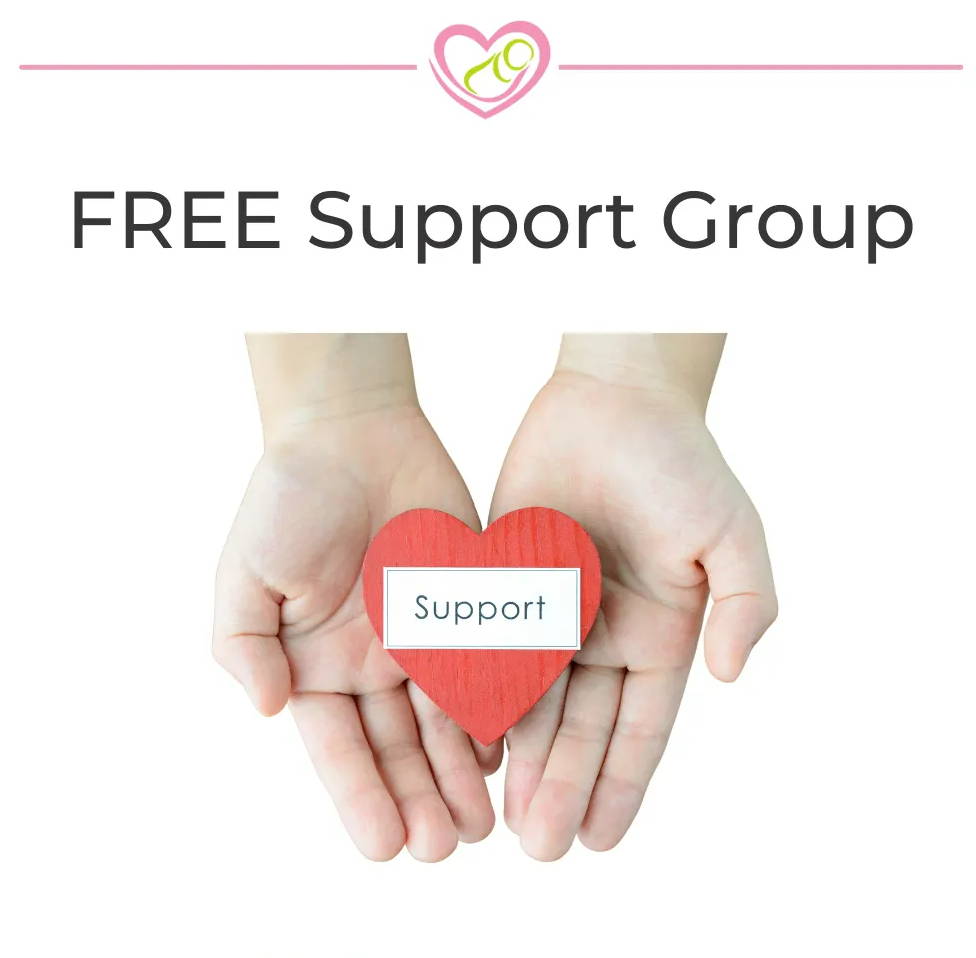 1,4-dioxane is a trace contaminant in some cosmetic products. It is not intentionally added, but forms as a byproduct during the manufacturing process of certain ingredients, including certain detergents, foaming agents, emulsifiers and solvents. Because it is a byproduct, 1,4-dioxane is not listed among the ingredients on product labels.

Some of the biggest names on the market contain trace amounts of this potentially cancer-causing chemical. Strong evidence has been found in animal studies, however, it should be noted that the data in human epidemiological studies are insufficient to determine carcinogenicity in humans, which is why they are classified as “likely to be carcinogenic to humans.”

The FDA periodically monitors the levels of 1,4-dioxane in cosmetics products, and has observed that levels have dropped significantly over time due to changes made in manufacturing processes. FDA has not established a safe limit for this chemical in shampoo, lotion and other toiletries, and maintains that the trace amounts found in those products are not harmful. In an independent risk assessment, the European Commission Scientific Committee on Consumer Safety (SCCS) concluded that 1,4-dioxane is safe at trace levels of ≤10 parts per million. According to the Cosmetic Ingredient Review, an industry funded, government-backed panel that assesses the safety of ingredients used in cosmetics, "dioxane should not be in any baby care or children’s cosmetic, period, because it is possible to take it out."

"Our intention is not to alarm parents, but to inform parents that products that claim to be gentle and pure are contaminated with carcinogens, which is completely unnecessary," said Stacy Malkan, a spokeswoman for the Campaign for Safe Cosmetics, which is calling for the government to more strictly regulate personal care products such as shampoo, lotion and makeup. Companies that manufacture and sell the products tested by the group stressed that they comply with government standards."

"The fact that we are bathing our kids in products contaminated with carcinogens shows how woefully out of date our cosmetics laws are and how urgently they need to be updated," said Rep. Jan Schakowsky (Ill.). "The science has moved forward; now the FDA needs to catch up and be given the authority to protect the health of Americans." Sen. Dianne Feinstein (Calif.) called the findings "horrifying" and said she intends to introduce legislation that would require stronger oversight of the cosmetics industry.

How to avoid it: 1,4-dioxane may be a byproduct of ingredients identifiable by the prefix, word, or syllables "PEG," "Sodium Laurel Sulfate (SLS)," "Polyethylene," "Polyethylene glycol," "Polyoxyethylene," "-eth-," or "-oxynol-."

Phthalates are endocrine disruptors that are linked to reproductive malformations in baby boys, reduced fertility, developmental disorders, asthma, and increased allergic reactions. They are commonly found in fragranced cleaning and personal care products, as well as plastics. David Andrews, senior scientist with the Environmental Working Group, says “We recommend looking to avoid phthalates...one of the concerns is that we know the chemicals end up in the bloodstream.”

The American Academy of Pediatrics found that phthalate exposure is widespread and variable in infants. Infants exposed to baby care products, specifically baby shampoos, baby lotions, and baby powder, showed increased levels of phthalate metabolites in their urine. The study did not determine the level of phthalates in any given product, nor did it establish an association between these findings and any health effects. Subsequent research and statements by the FDA continue to maintain that exposures to phthalates from cosmetics are low compared to levels that are thought to cause adverse effects. Unfortunately, data about health effects on infants and children are limited or missing; and, in general, infants and children are more vulnerable to chemical exposures. In 2008, Congress banned specific levels of certain phthalates (BBP, DEHP, and DBP) in toys, citing studies showing the toxic effects of these substances. The EPA is adding eight phthalates to their “Chemicals of Concern” list, meaning the agency will keep a close watch on the chemicals with more stringent limitations -- and even banning -- possible in the future.

How to avoid them: choose fragrance-free products, stay away from plastic food containers, and choose baby bottles with hospital grade silicon nipples. To be extra sure, look for labels that say “no phthalates” or “phthalate-free.”

Commonly used as a preservative, formaldehyde is considered a probable carcinogen by the Environmental Protection Agency, yet there are no federal restrictions on the amount present in cosmetics and personal care products. Like 1,4-dioxane, it may exist in a product without being listed, as formaldehyde is produced as a byproduct of the manufacturing process, and can also be created when other chemicals in a product break down over time. In a 2019 independent test conducted in Rajasthan, Johnson & Johnson baby shampoo was found to contain trace amounts of formaldehyde, although the company claims not to use it in their products. When formaldehyde is present at levels exceeding 0.1 ppm, it can cause irritation of the eyes, nose, and lungs. It can also cause skin sensitivity or allergic dermatitis. Even low level exposure can cause noticeable symptoms, and some people are more sensitive to the contaminant than others. According to the FDA, "the greater the exposure to products that contain formaldehyde in terms of both length of time and concentration, the higher the potential health risks."

Parabens are preservatives commonly used in cosmetics such as moisturizers, shampoos and conditioners. They extend shelf life by protecting against microbial growth and bacterial contamination. Studies suggest that parabens can disrupt hormones in the body and harm fertility and reproductive organs, affect birth outcomes, and increase the risk of cancer. Because parabens are typically used at levels between 0.01% and 0.3% and have been deemed safe in cosmetics at levels as high as 25%, the FDA official stance is that currently there’s no reason for consumers to be worried about using cosmetics that contain parabens. However, there is no specific limit set on the concentration of parabens in cosmetic products sold in the United States.

How to avoid them: Check the ingredients list and avoid propylparaben, benzylparaben, methylparaben, or butylparaben.

Other Worrisome Ingredients To Avoid:

Until we have comprehensive safety standards for personal care products, please continue to read labels and remember that the dose makes the poison. It's not reasonable to eliminate all potentially toxic chemicals from our lives, but at minimum we can reduce our babies' exposure by using common sense, being aware, and choosing our products wisely. 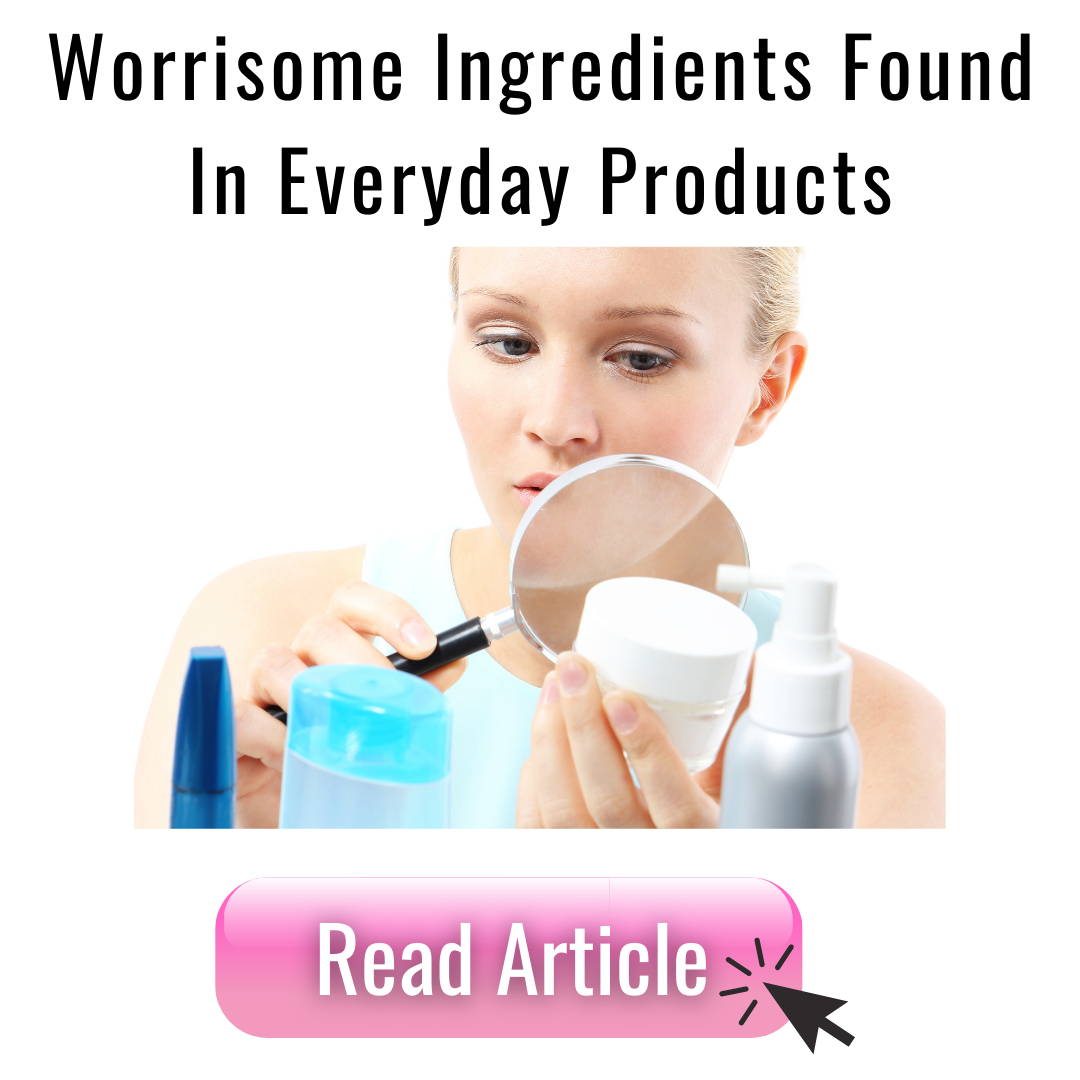 ***The information provided on our website is intended solely for general educational and informational purposes only. It is neither intended nor implied to be a substitute for professional medical advice. Always seek the advice of your physician for any questions you may have regarding your or your child’s medical condition. Never disregard professional medical advice or delay in seeking it because of something you have received in this information.***